China has had enjoyed unprecedented growth and its citizens have reaped the benefits of a bumper crop harvest, levels that this world has never seen before.
Chinese leverage and government spending in the past decade have been excessive.
Can consumption save the day?
The Rapid Ascent
China has been a fascinating story for the past few decades. As a country its citizens have reaped the harvest of unprecedented wealth creation, leading to a relative increase in quality of life the world has never seen.
China is now home to the 2nd largest amount of billionaires (213), second only to the United States (536). China also laid claim as the country with the 2nd largest nominal GDP in world, and just recently, and relatively quietly, in 2014, became the country with the largest GDP by PPP standards (arguably a more accurate measure of true production, includes adjustments to account for exchange rate and cost of living differences).
Yet it seems that the castle is about to come crumbling down. Fueled by lax lending rules and excessive government spending, China's debt levels have exploded. 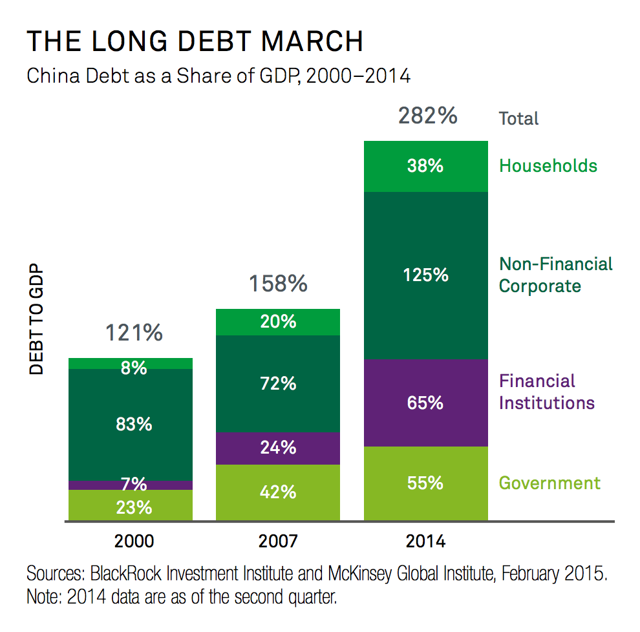 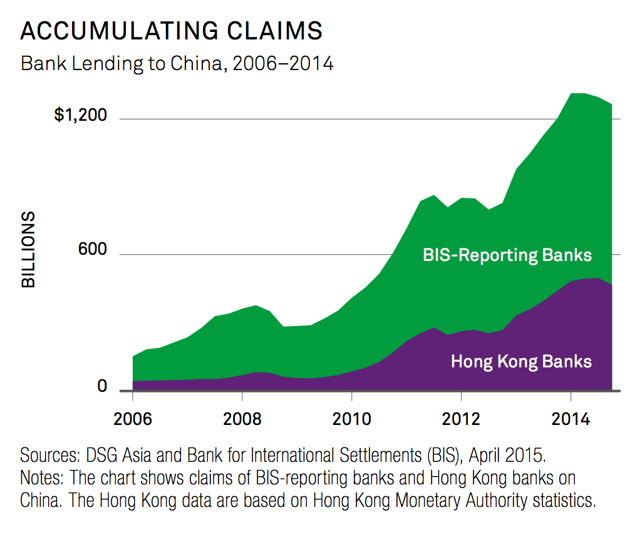 A report from McKinsey published in 2015 can summarize better than me:

China's debt is rising rapidly. Fueled by real estate and shadow banking, China's total debt has quadrupled, rising from $7 trillion in 2007 to $28 trillion by mid-2014. At 282 percent of GDP, China's debt as a share of GDP, while manageable, is larger than that of the United States or Germany.* Several factors are worrisome: half of loans are linked directly or indirectly to China's real estate market, unregulated shadow banking accounts for nearly half of new lending, and the debt of many local governments is likely unsustainable.*Includes debt of the financial sector.